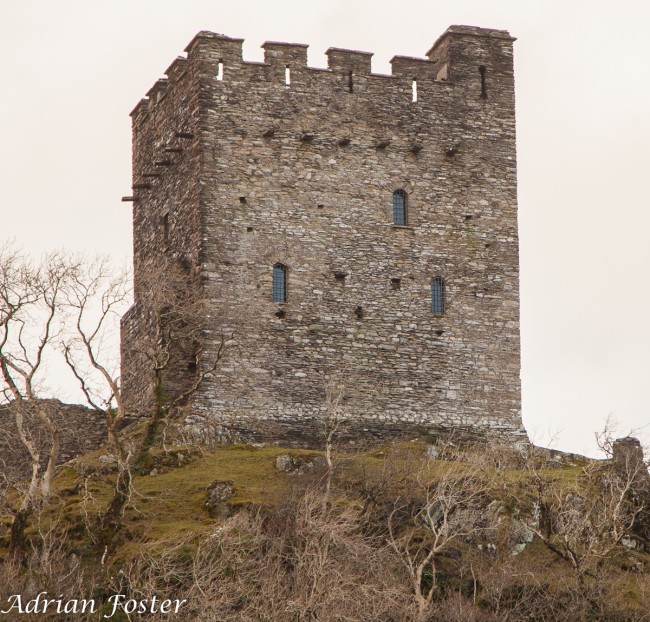 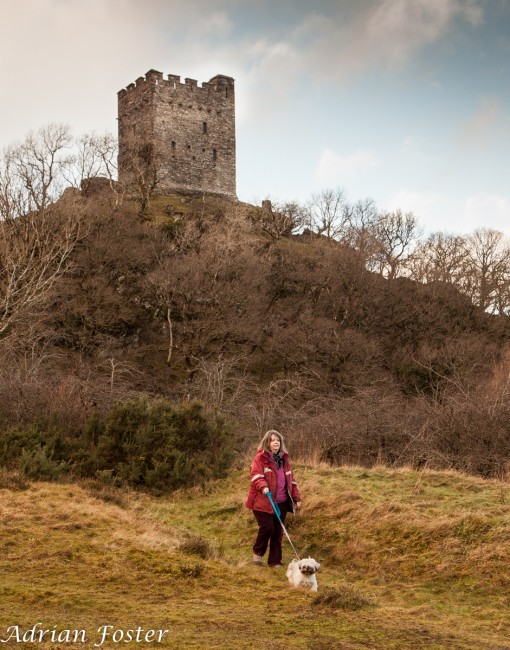 The weather today started in dire form. Persistent torrential rain. Flooded fields everywhere. Get the picture? I was going to go stir crazy, I am on a long overdue holiday, after all.

Well the forecast was for “brightening up later” but since it is December and the sun sets at 4pm “later” might well turn out to be too late. There was nothing for it other than to drive off into the sunset.

So, heading westwards towards the better weather and inevitable day’s end led me onto Anglesey and all the way across the island to Trearddur Bay. The rocky coves there are made for sunset photos as god designed them to face south-west.

Guess what? About half-an-hour before sunset the sun disappeared behind a big cloud and it looked like “bad light stops play”. Amazingly though, as the sun was just above the horizon it broke through casting its last feeble rays in our direction.

A frantic few minutes with the camera ensued. The results are below. I make no apologies for having “warmed them up” a little on the PC. A pale midwinter’s sunset does not really make for pretty pics.

This was the point where I thought it was all over.

… but those last few seconds of light made the trip worthwhile. 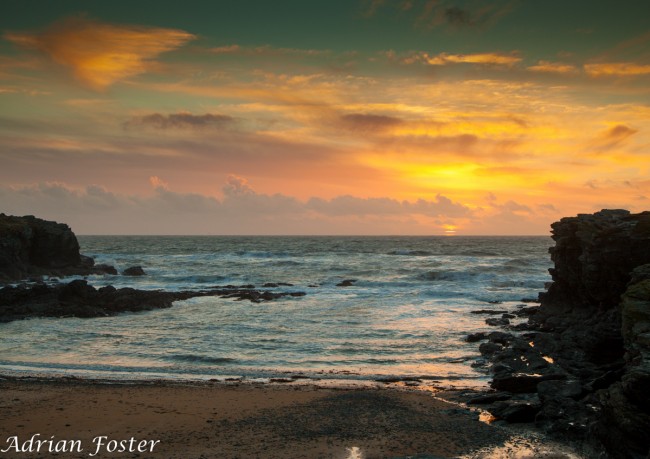 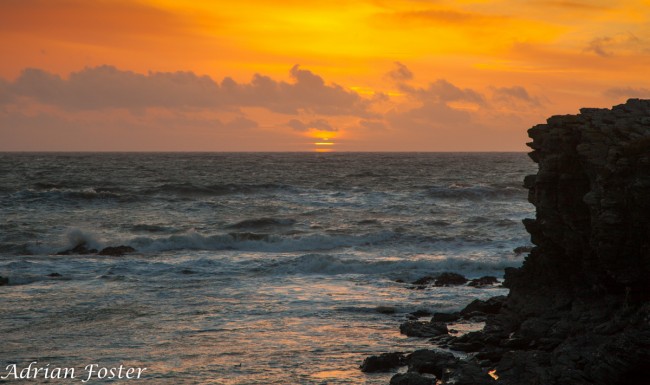 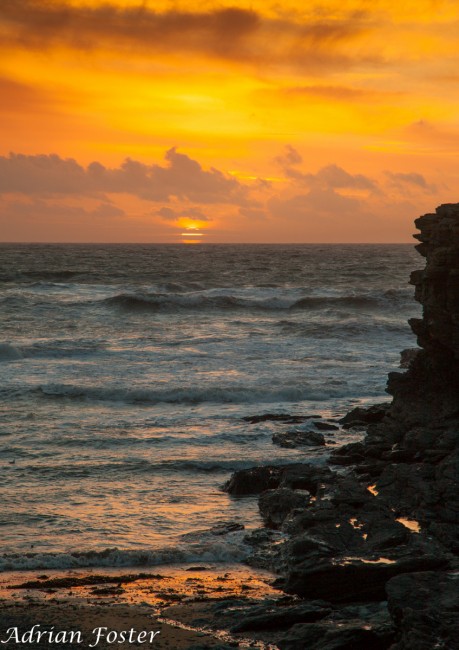 Whilst out and about today a quick visit to Y Foryd was in order. The light was excellent and the tide was not too far out so there was a fair chance of some reasonable photos. The winter-resident Brent Geese were top of the target list with everything else coming second-equal!

Luckily for me the geese performed beautifully! (Click on any photo to enlarge) 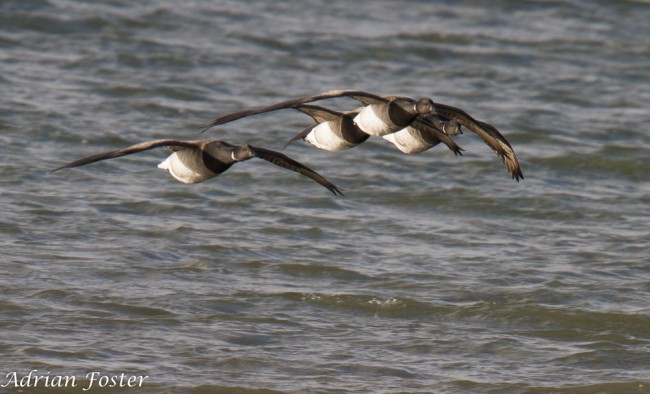 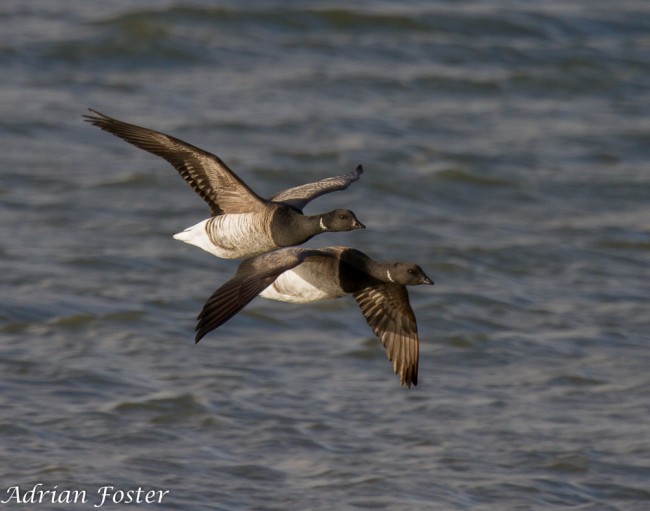 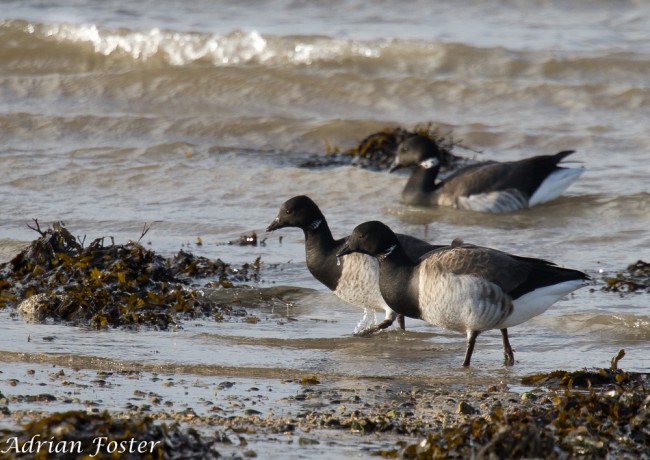 The supporting cast were mainly Oystercatchers and Curlews 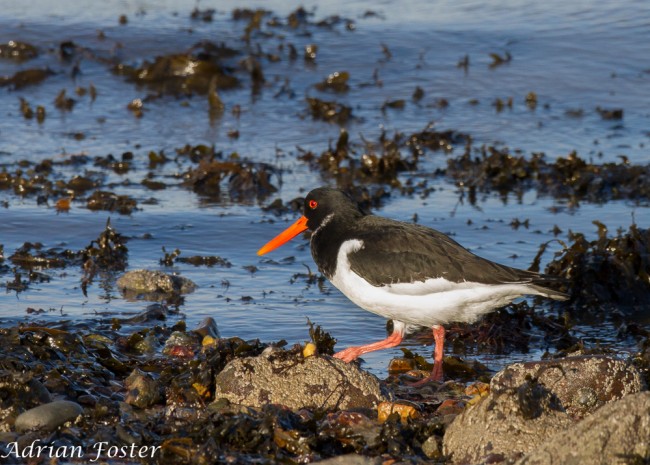 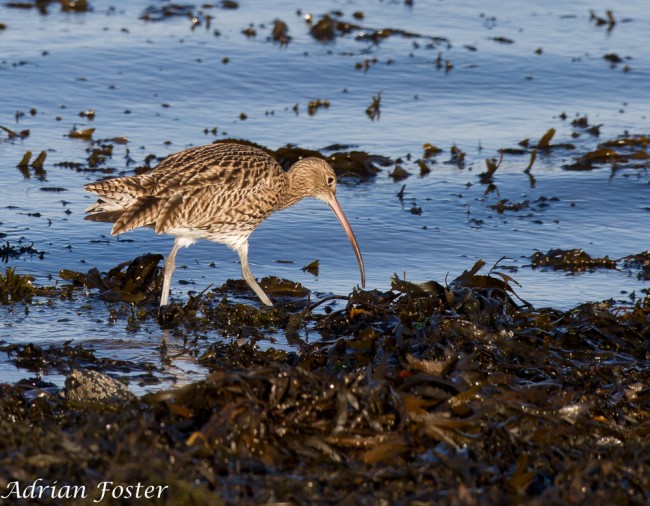 I always think that Crows get a bad deal. They’re actually very smart – smart looking and intelligent too. 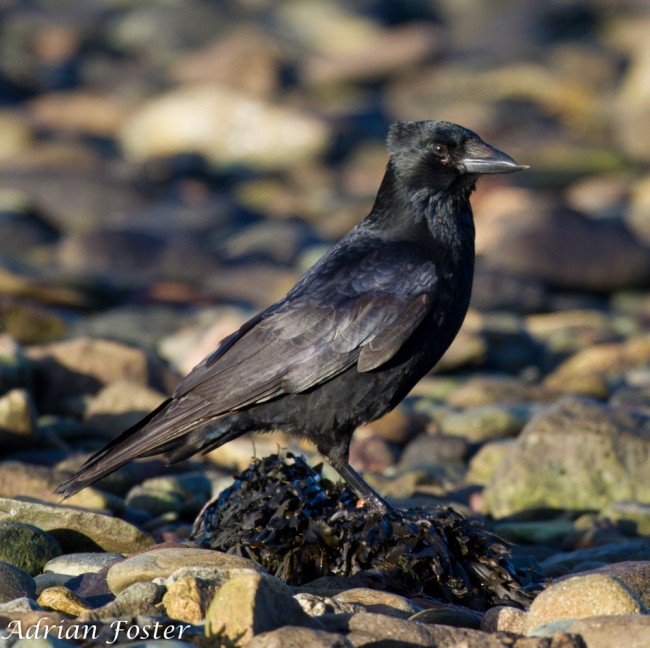 It’s always a great day when you can watch dolphins. I’ve just spent a happy half hour watching about 4 or 5 down at Rhos Point! Nothing can stop me smiling for the rest of the day now 🙂

Hoopoes must be amongst most people’s favorite birds. Their quirky but beautiful design is special, especially amongst any birds you’re likely to see in the UK.

The last time I saw one was in the Gwydyr forest. The report came out and nothing in this world was going to stop me seeing it the next day. I was there on site before it was light to see the poor bird in sleet, driven by a freezing gale.

This time I’ve been playing it cool.Or maybe it was just seasonal apathy. I’ll say “cool”.

This Hoopoe has been at Abergele for 3 weeks and I’ve only got around to seeing it today. There was no sign at first but our patience was rewarded after half an hour when the bird flopped into view and settled on the beach. I was even lucky that the pale winter light chose that moment to improve slightly for a few minutes before the sun disappeared for the day behind the hillside. I managed to rattle off some half-decent shots.

Brief moments like this give me the boost I need to make it through the dull winter months. 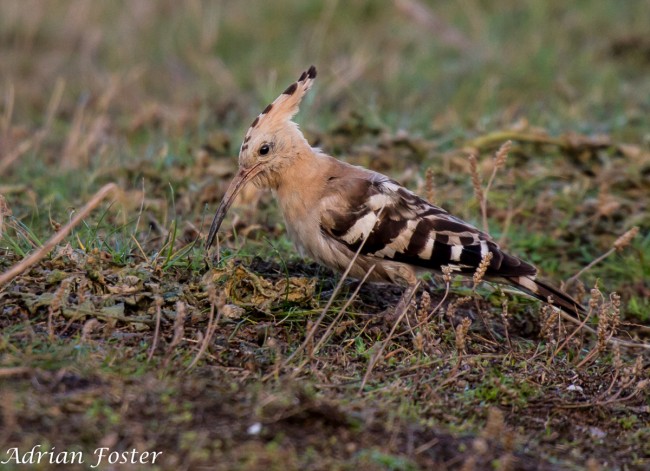 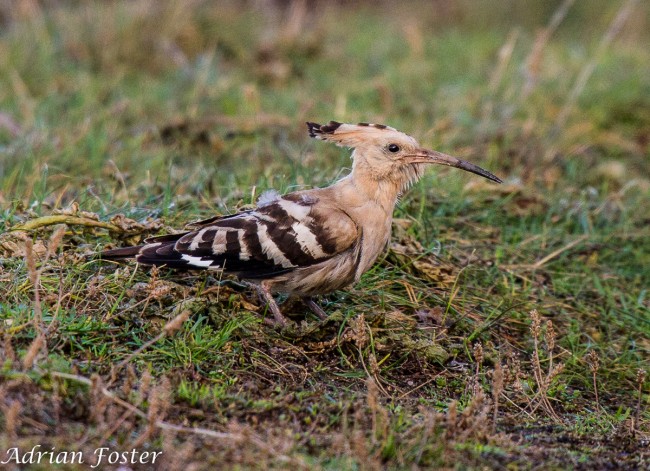 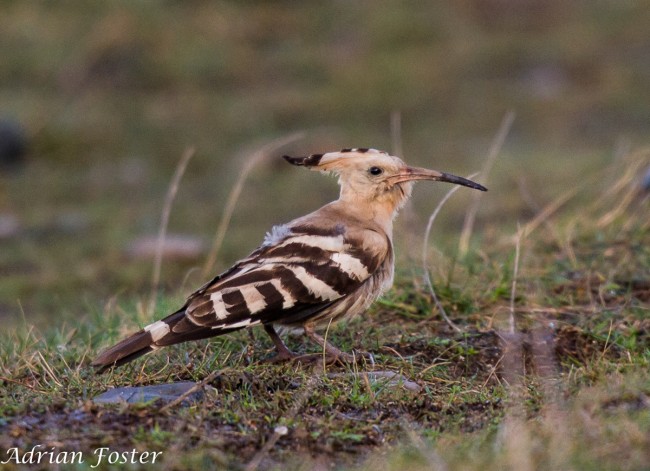 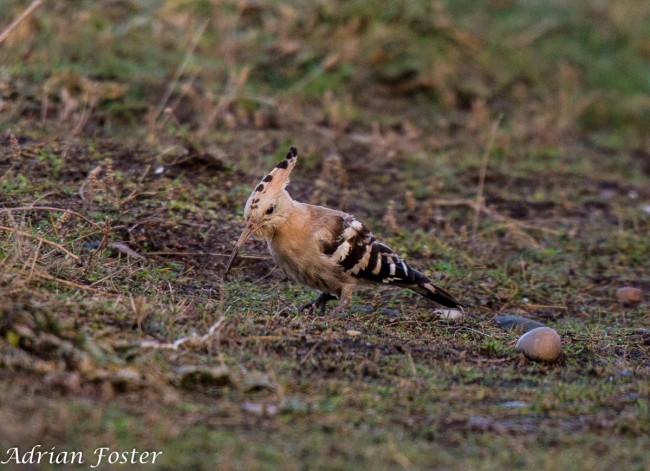 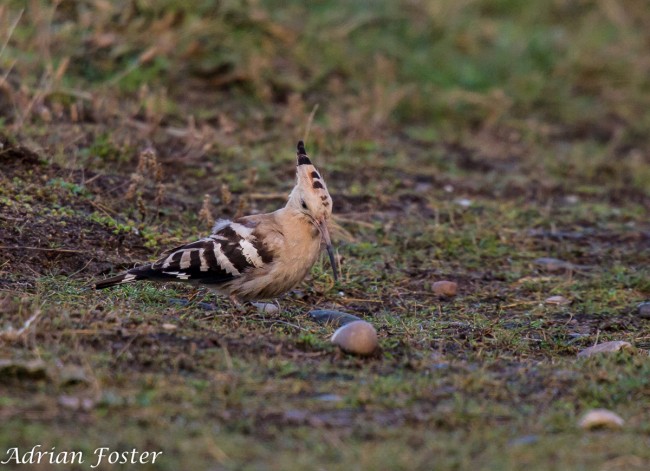 I’ve been up to all sorts of things recently but I’ve never had the time to post about them here.

I’ve been “messing with the universe” for one thing. This involves pointing the camera at the night sky and seeing what happens. The simple answer is much as expected. If you don’t take it too seriously (I haven’t) then you end up with fairly mediocre results like I have. 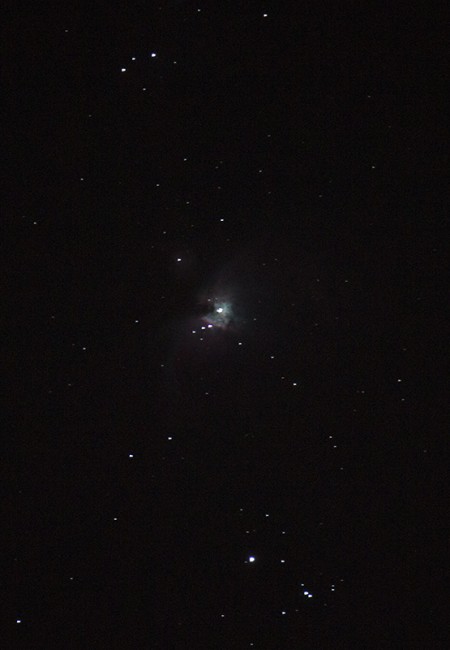 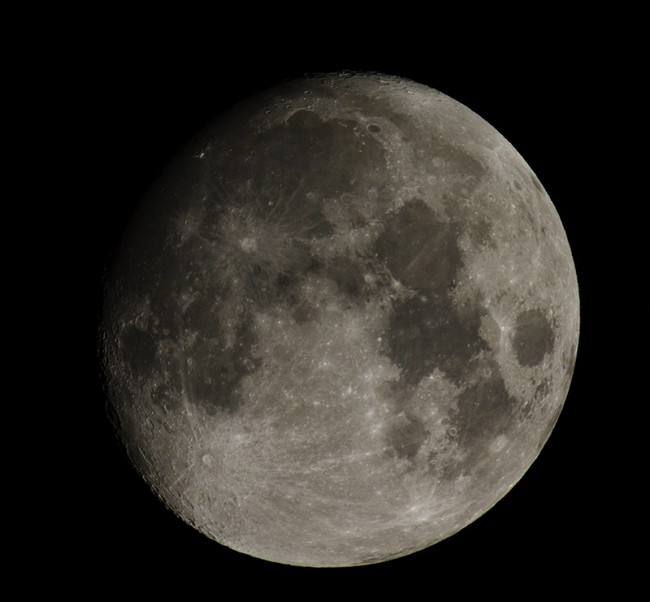 and Jupiter – you can just see the weather bands. 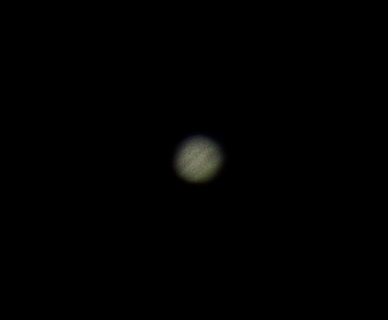 Since then I’ve been to the Spinnies nature reserve. 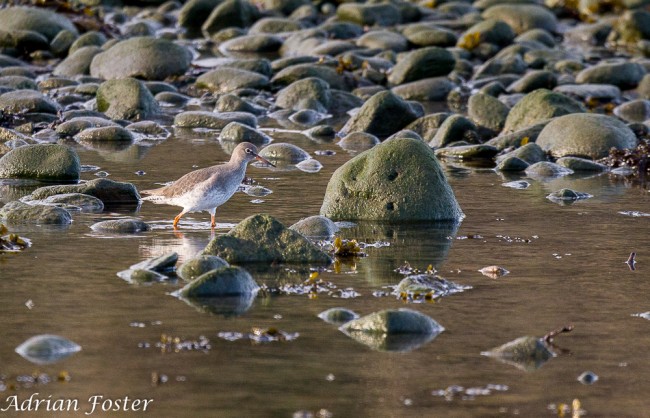 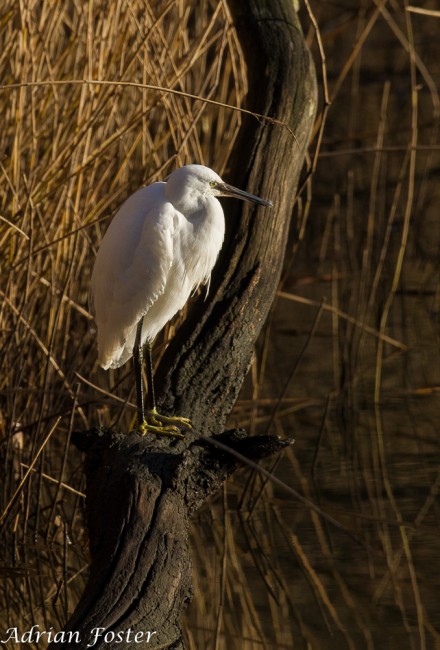 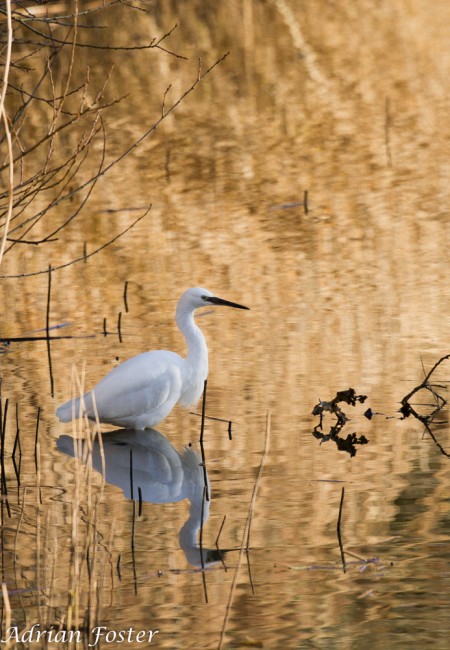 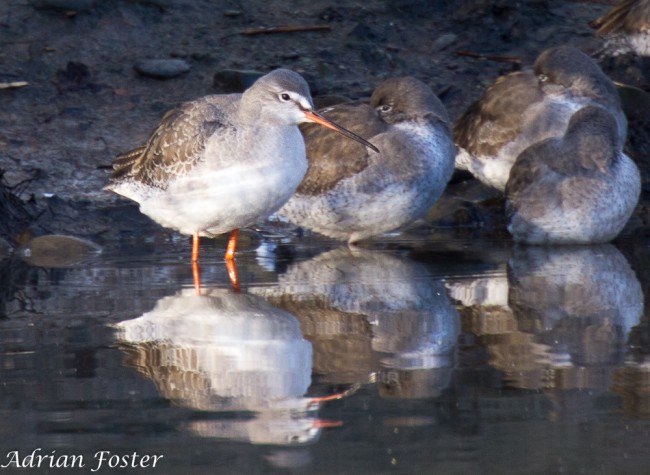 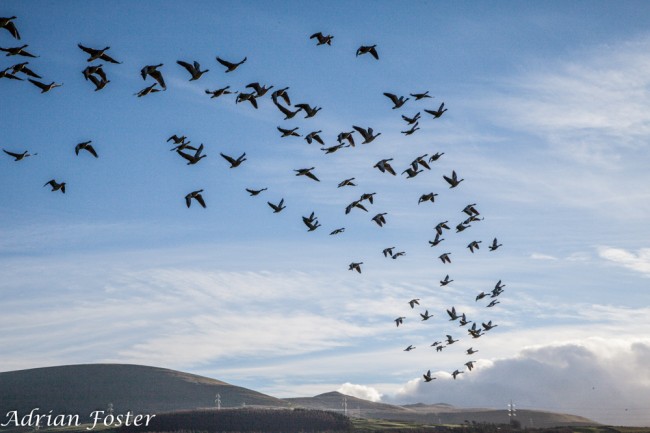 …. and I’ve even been doing a bit of Still Life work for the first time – this was fun but it took me nearly and hour to set up and get the lighting right. Very seasonal! 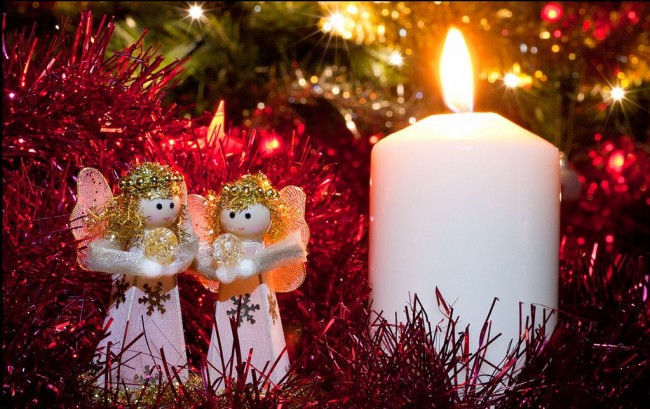