I’d planned to go further afield this morning but circumstances dictated that I couldn’t go too far from home. My local bird reserve, Conwy RSPB, is only 5 minutes away so at 8.15 I was there, camera gear at the ready.

My first thought was “it’s quiet” but I could not have been more wrong.

On reaching the boardwalk screen i could see 4 Godwits feeding in front of it. As I sneaked up to the window, trying my best not to disturb them, I heard a familiar “chack” call from behind me. A Greater Spotted Woodpecker was calling from a tree and stayed long enough for me to get this shot 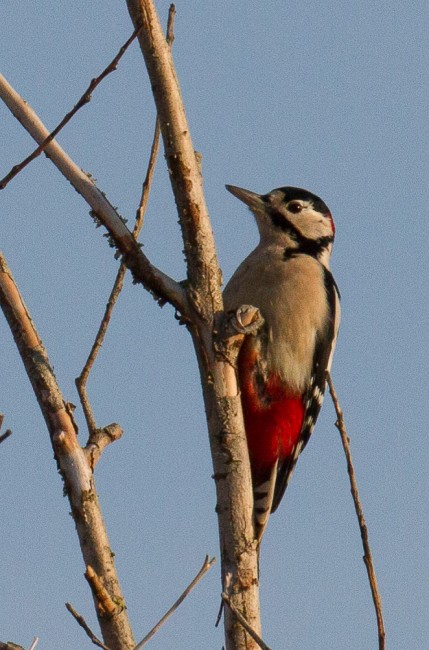 As the ‘pecker flew off it was back to the Godwits. They are such irritating birds to photograph when they are feeding as they spend 95% of the time with their heads in the water, just occasionally coming up for a breath. Alternatively, they will stop and look around if disturbed. Either way I managed to get these. 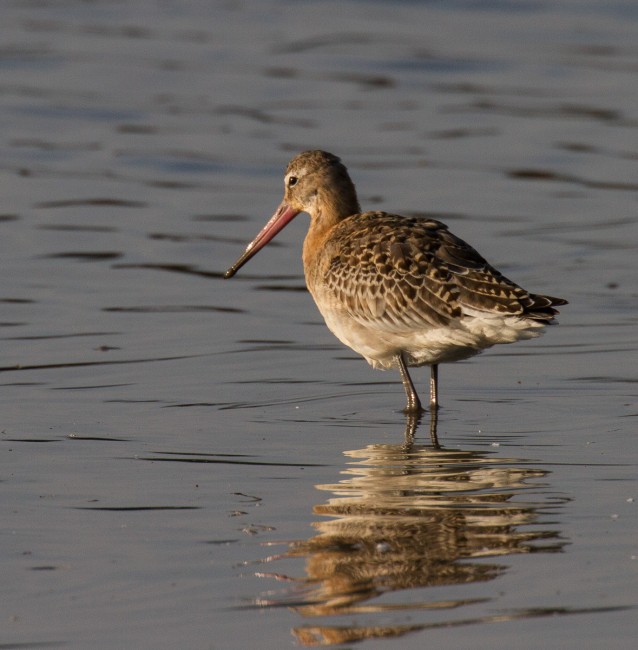 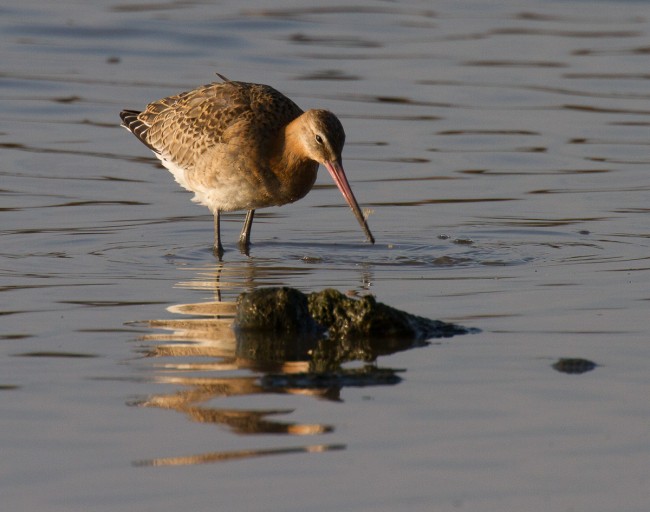 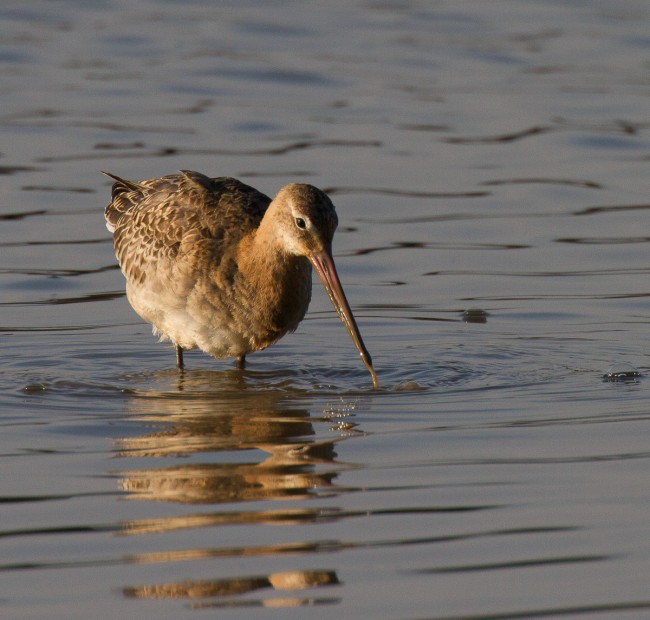 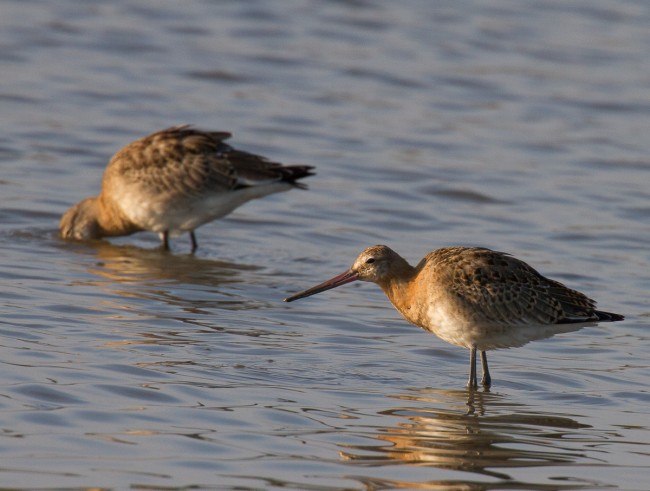 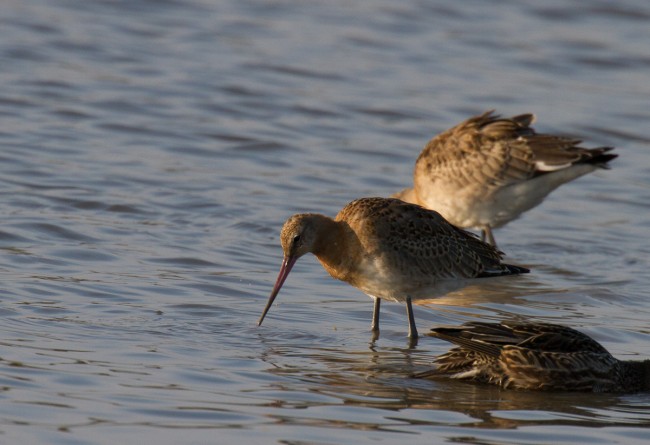 Whilst at the screen I spotted a Kingfisher coming my way along the reed edge but it stopped before it reached me, just out of sight. A few seconds later there was a “plop” and it appeared on a rock eating a tiny fish. A  Kingfisher in clear view and staying still? – that’s unusual! 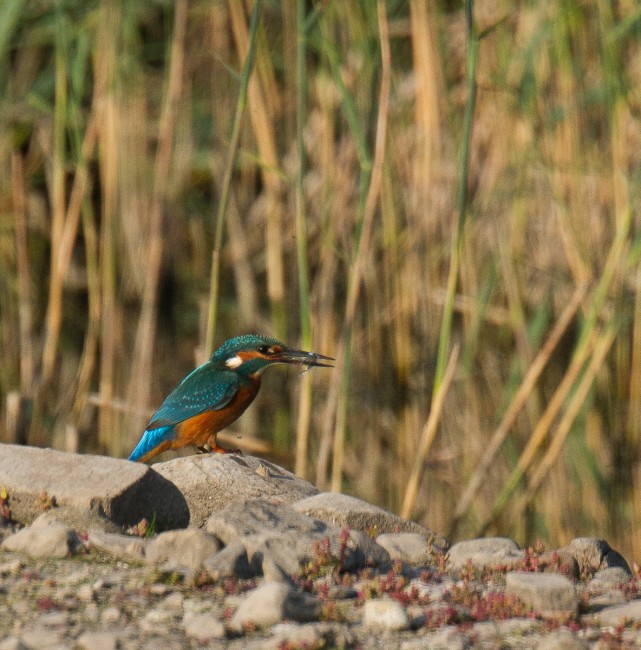 There was constant activity in the bushes with flocks of Tits and Finches moving around. There was a lovely Chiffchaff amongst them but it managed to evade the camera. 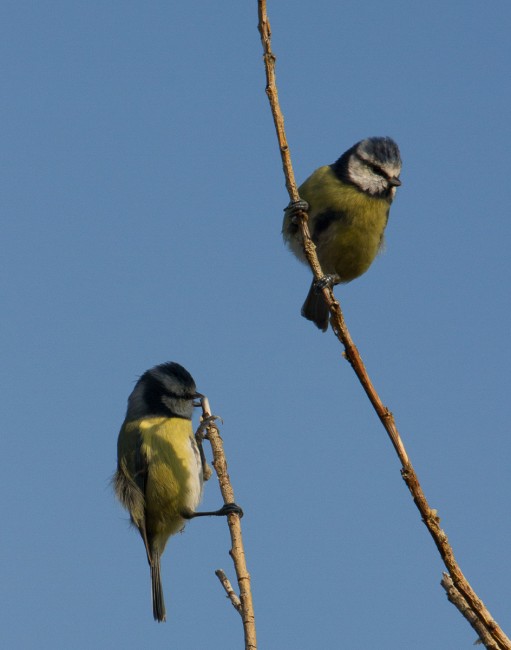 Whilst I was watching the smaller birds a Sparrowhawk passed me within 2 feet as it patrolled the paths. I had no chance of a photo but I did spot this bird being mobbed by a crow in the distance. It was fascinating to watch, the two even locking talons  and falling out of the sky for a few seconds. 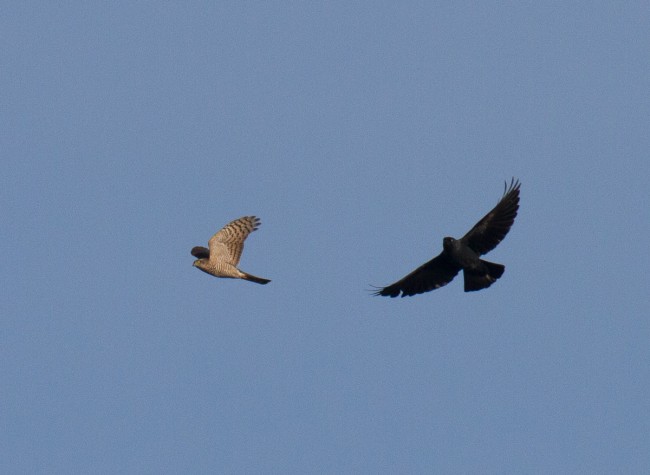 The only birds close in front of the Tal-y-Fan hide were Snipe, looking so smart in the light. 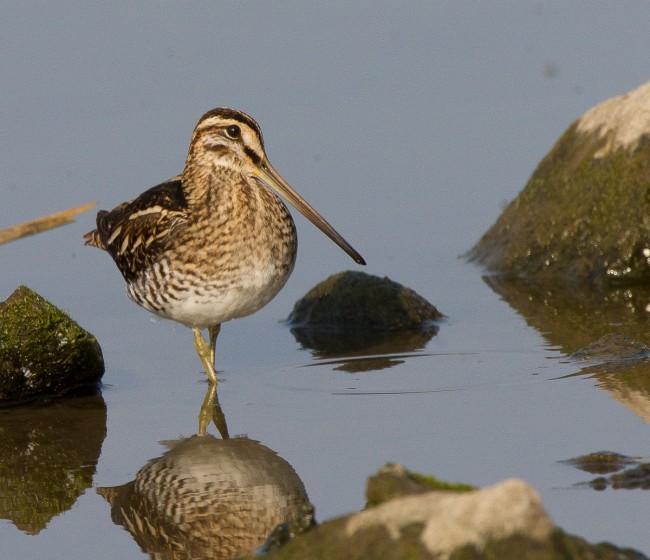 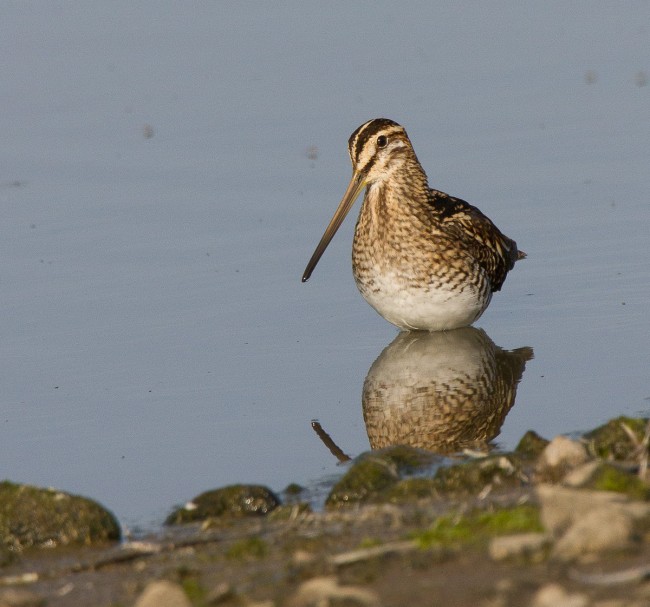 One bird looked slightly different. A Jack Snipe! A “lifer” for me and I even managed to get a half-decent photo. This made my day! 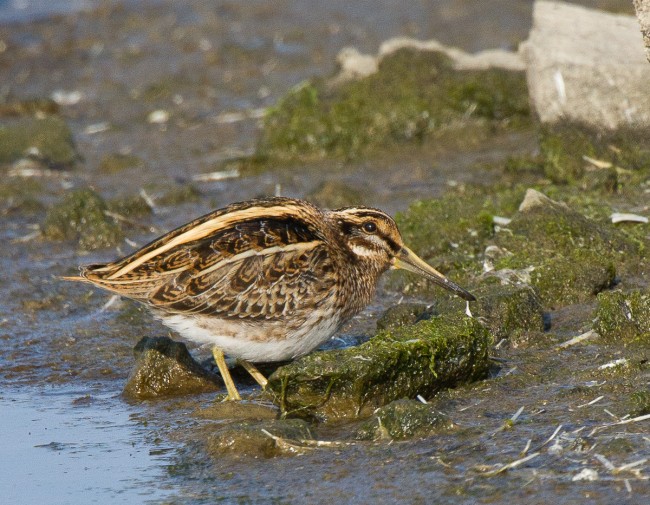 Wagtails were everywhere. 99% Pied but there was the odd Grey Wagtail amongst them. 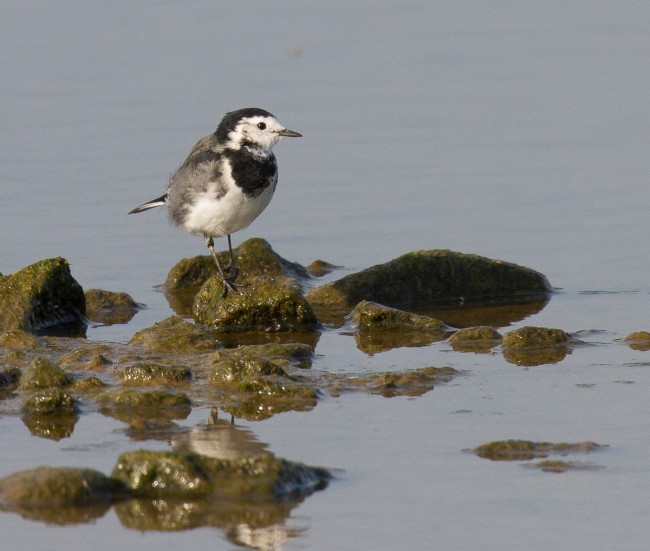 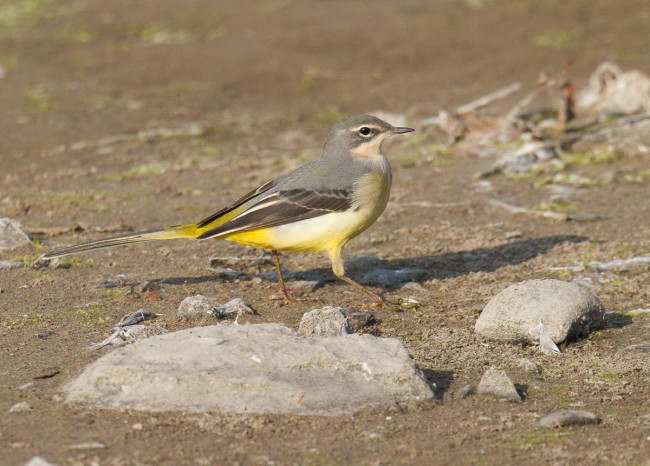 Not bad for a “quiet” morning!

Well here I go again. Yet another new website. Hopefully it will be different this time. It’s going to be about me and what I get up to. The real me, that is. No more hiding behind silly pseudonyms.

As I emerge from my mid-life crisis I have decided that I must do what makes me happy and taking photographs does just that. Hopefully I can manage to post some pictures that other people may like. Who knows? I might even end up selling some! It’s about time that my hobby paid a little back into the coffers.

I take photos as often as I can. Today a couple of insects on the Japanese Anemone at the front of our house which caught my eye so it was out with the macro lens. Here we go! 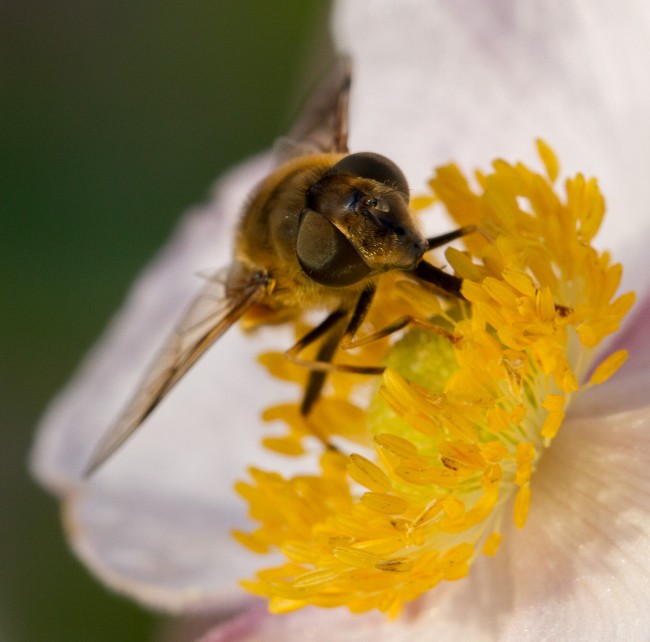 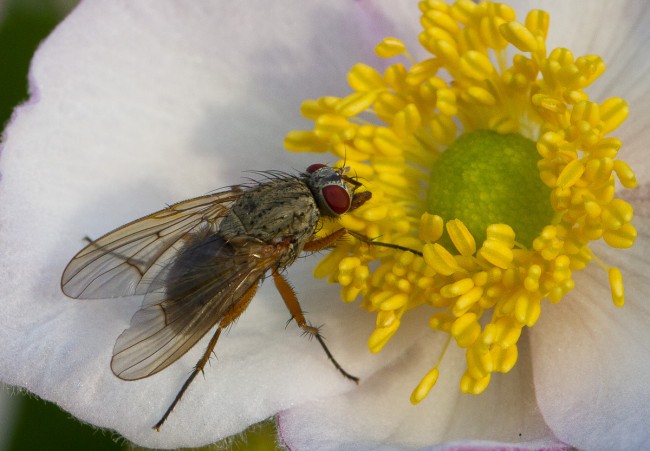