This morning started early, very early. The cat woke me, asking to go outside at 5.30am. I never went back to sleep after that. The sky was clear and the old waning moon was rising over the hill at the back of the house. The constellations of Orion and Leo were dominant in the heavens. Shall I get the camera out? Na – I’ll go birding instead….

My first call was at Gronant where a Grey Phalarope has been present for a few days now. I’d seen some super pics of the bird on the web but today was not to be my day. I could see the bird, frantically spinning around, as they do, but it was at the most inaccessible point on the pool. Grey bird number one – seen but no photo.

On my way home I decided to see if there were many Sanderlings on the beach at Kinmel Bay (grey bird species number two). The shoreline looked promising. A decent flock of Sanderlings was roosting right on the water’s edge. Camera out, what could be simpler?

Experience told me that many things could be simpler than photographing waders on a beach. At the first disturbance they would be off, possibly half a mile along away. Not my idea of a fun game of chase. Stealth! That’s the answer. So I set off, approaching the birds in a straight line, a few yards closer at a time,  until I was what I regard as a comfortable distance away – that means that I can get a decent photo and, more importantly, the birds were not showing any sign of distress at my presence. If I ever do spook a bird when I’m taking pics I give myself a mental slapping. I hate it. I’d rather get a more distant photo.

Anyway, as usual, whilst I had taken every effort not to disturb the birds, a local family with 3 little kids did not follow the rules and walked right past me and spooked the flock. For once, however, my luck was in. The flock re-settled closer to me than before – cool! A repeat of this with a dog-walker had exactly the same effect. As long as I knelt motionless on the wet sand the birds were not bothered by me. So far so good.

With the disturbances over I set about taking a few snaps. 1,151 snaps to be precise! I was there on my knees for over an hour, mainly watching sleeping birds and looking for the odd one here and there with it’s head up or the one which dared to wander off on its own for a few seconds and have a shrimpy snack.

And in case you haven’t guessed – yes, Sanderlings are one of my favourite birds!

Enough blather – here’s a few carefully selected photos. Click on any pic to enlarge it.

“Sleeping beauties (with an odd Dunlin)” 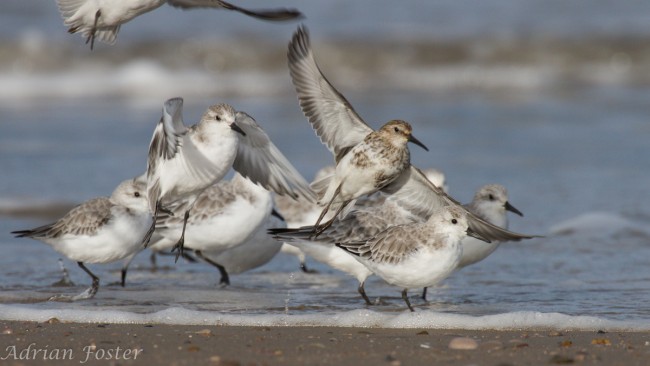 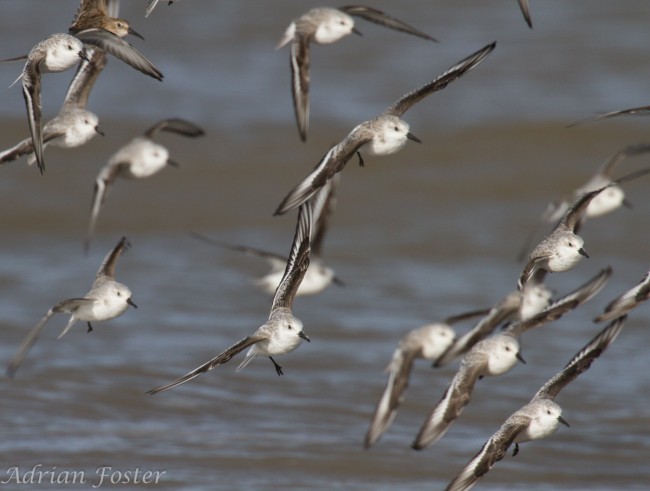 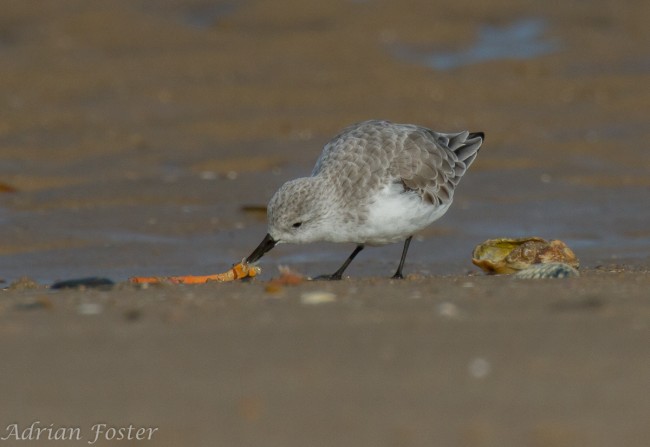 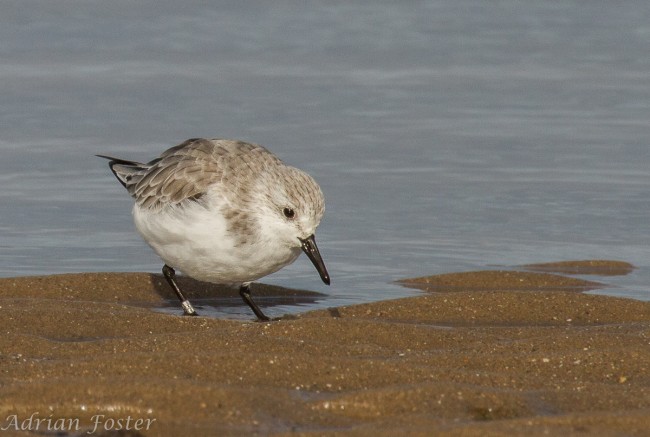 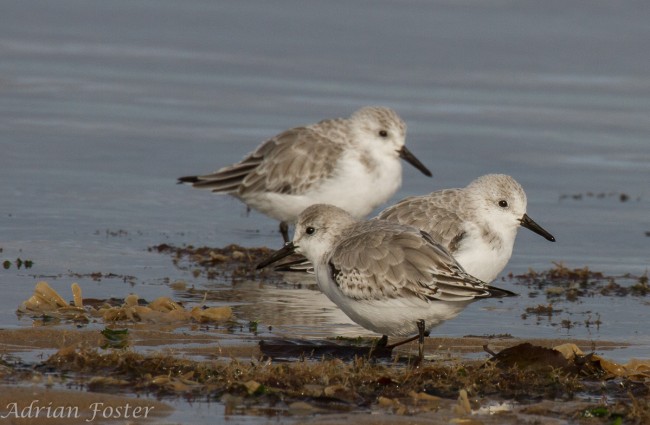 and just to show that I’m not totally obsessed – an obliging Redshank.. 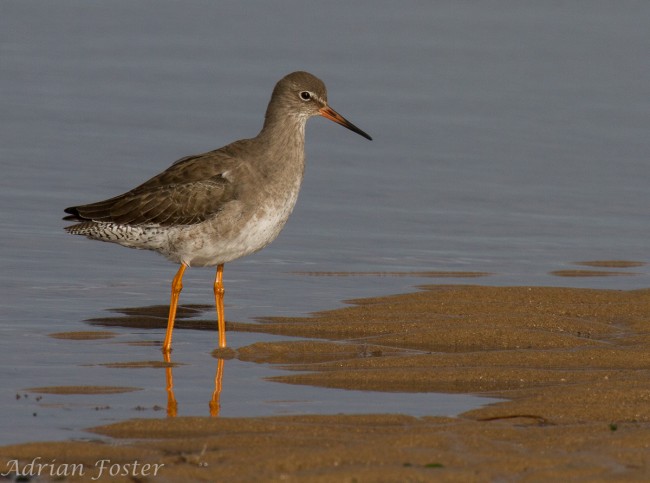 It’ll be a while before my knees recover though!