Another catch-up post. Most people would name seeing the Northern Lights as one thing they would like to do before they die. Me included, not that means that I’m ready to die just yet!
On the evening of Feb 27th I was aimlessly browsing Facebook when I noticed that an FB “Friend” had posted that he had just seen the Aurora, FROM NORTH WALES! 5 mins later I was in the car heading for the nearest place with a clear view to the North, with no light pollution, the Great Orme, Llandudno. On arrival I was dissappointed. There was a faint glow, low on the northern horizon, “surely that can’t be IT”. After 5 minutes we gave up. BUT, as we drove off I cast one last glance to the North. WOW! A beam of red light was striking up into the sky. I screeched the car to a halt. Camera out, 8 second exposures, and a very, very happy Adrian! 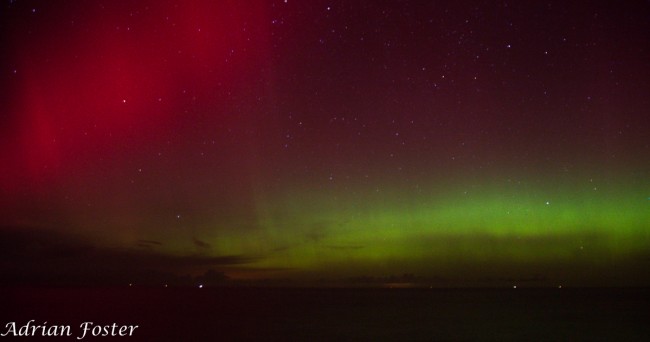 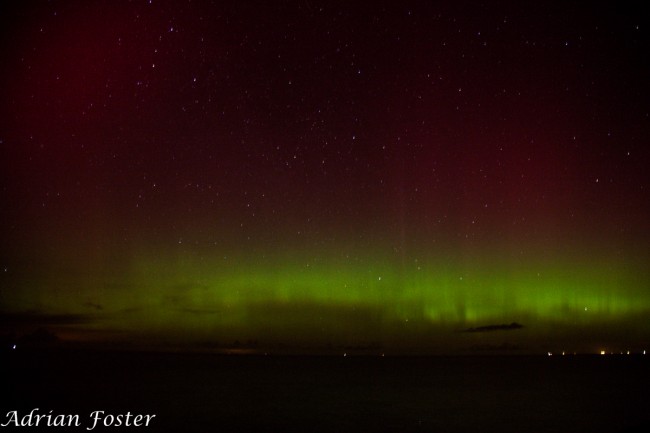