I guess that one of the attractions of wildlife photography is the unpredictability. I set out this morning in the hope of encountering the Stoats which have been seen at Conwy RSPB recently. I never saw one but the first creature I encountered was this pristine young Fox. 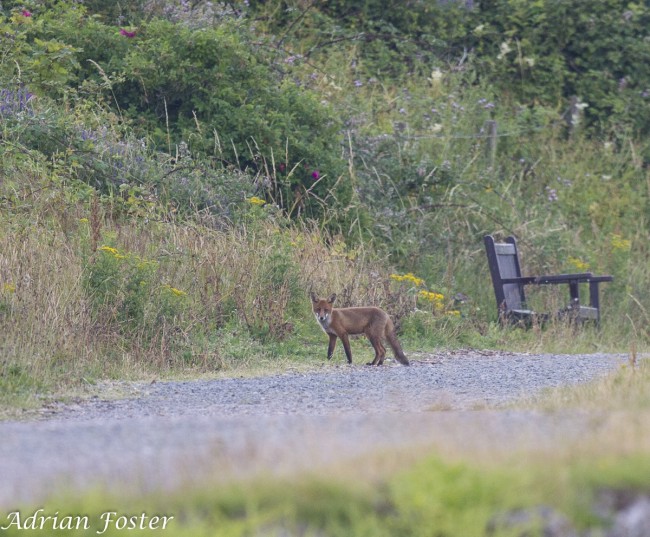 As I reached Benarth hide the stand-out bird was a summer-plumaged Godwit with a group of Redshanks. At this point I was starting to think that the theme for the day was “red”, for obvious reasons. 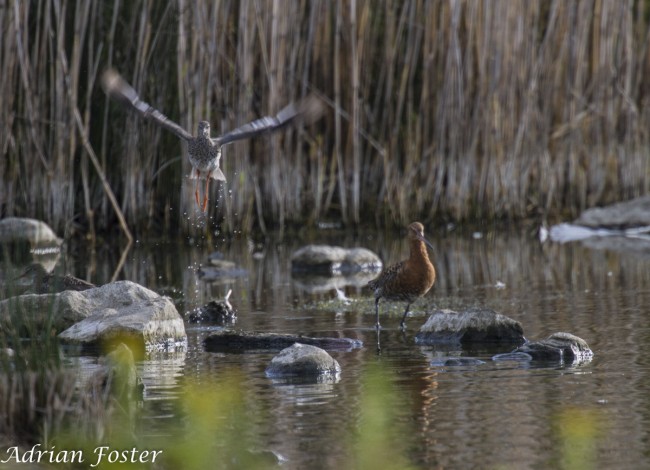 I was kind of glad at this point that some smaller birds turned up to break the theme. For a few minutes I was buzzed by Sedge Warblers and Whitethroats as they passed along the bushes, finding breakfast as they went. 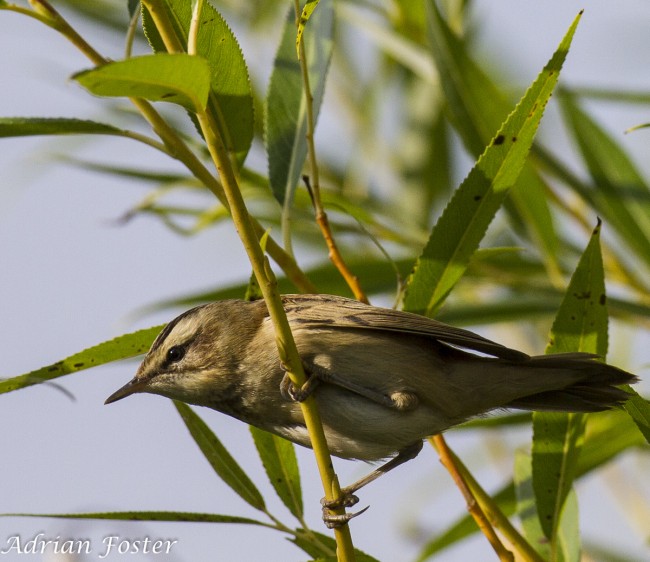 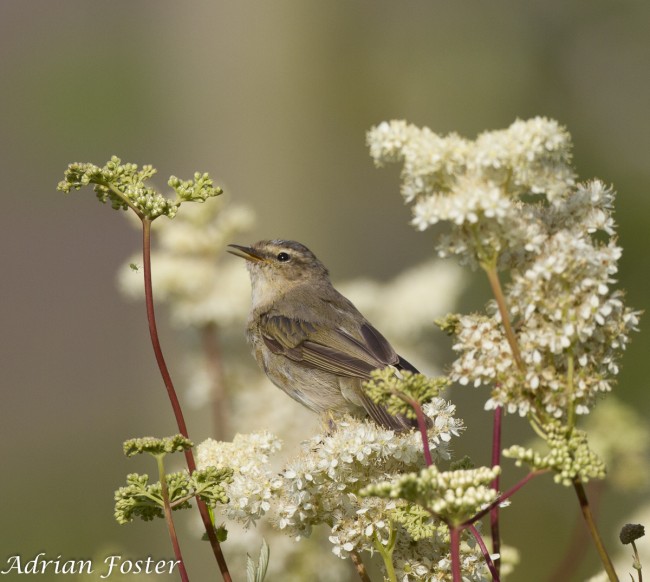 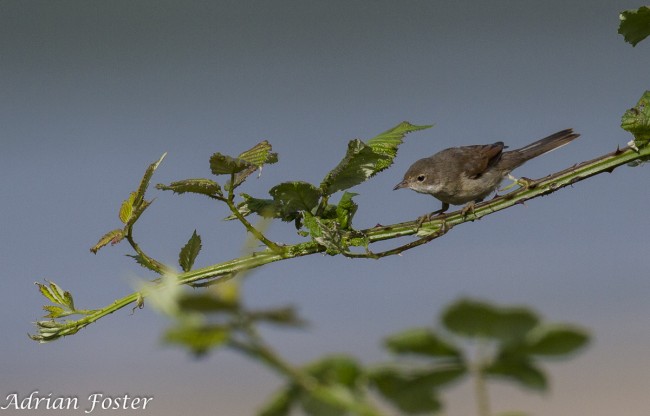 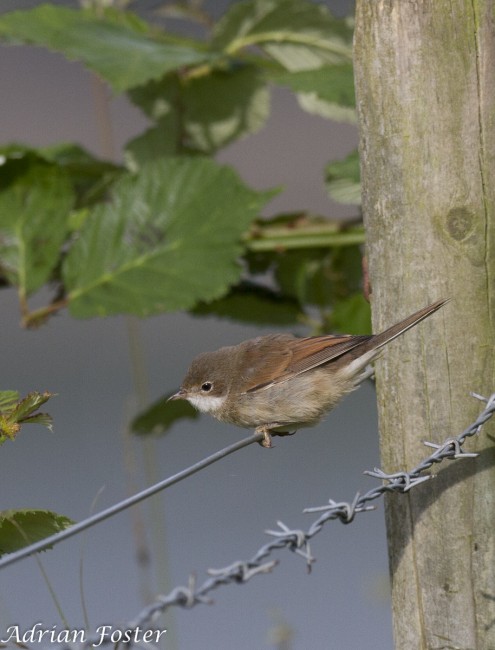 Returning to the estuary path I was disappointed again by the total lack of Stoats but I bumped into Bob, a friend. We chatted for a while but then something made me turn around.  We were being watched. The theme turned back to “red” at the end! Who needs Stoats anyway? 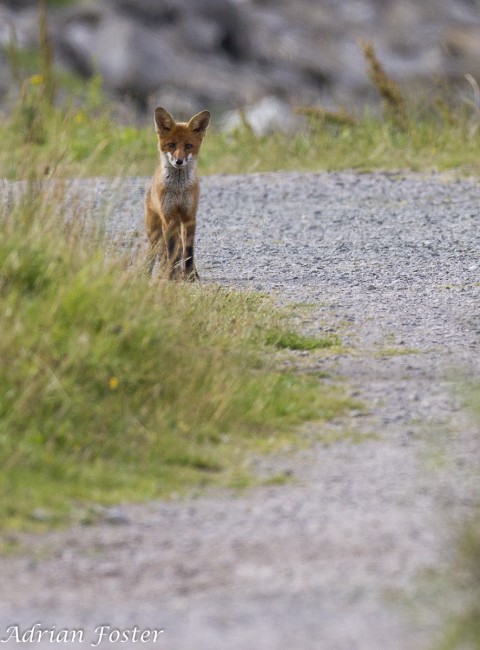